A sense of connection FILM / PRESSBOOK 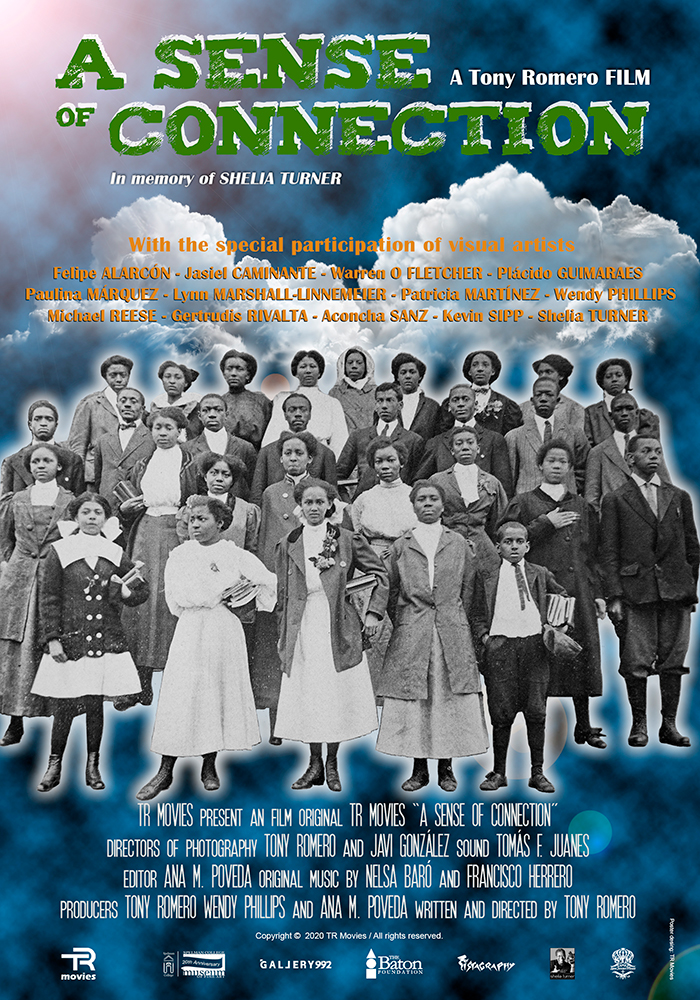 Title in English: “A sense of connection”
Producer: TR Movies

“A sense of connection” is a documentary that proposes an approximation to spiritual motivations in the work of various black visual artists. It describes  a long trip marked by a strong African heritage connection, where the artists from the United States, Mexico, Equatorial Guinea, Spain and Cuba share experiences and reflect on African American history, the black art and the willing to write its own story. This is an experience aim to building bridges along the hole international Black community. 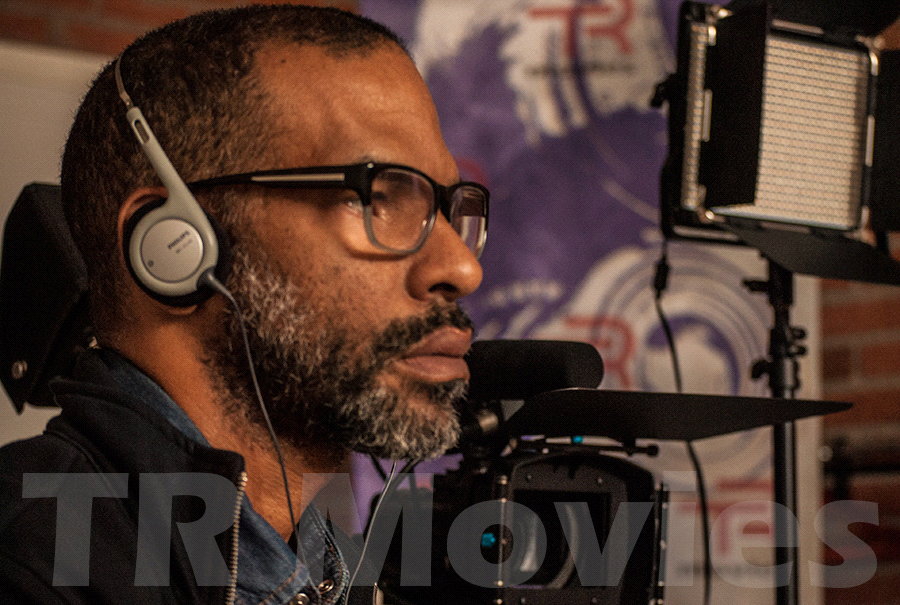 Tony Romero, director, producer and writer, trained in the school of Cuban cinema and twenty years dedicated to film and television, has worked with producers Cuba, Haiti, Japan and Spain, developing an extensive work, alternating with their work teaching in universities. He has taught courses, workshops, conferences and presented his work in education, film and cultural spaces of Spain, Morocco, Equatorial Guinea and the USA, among others.

Member of the National Union of Writers Artists of Cuba (UNEAC) and the General Society of Authors and Editors (SGAE), currently works for the Spanish producer TR Movies with leading fifteen years as director, producer and screenwriter.

I About the title.

The project has represented an attractive and passionate cinematographic heroic deed. The goal was to make a contemporary chronicle about the spirituality linked to black visual arts. It shows a common story that many of us  share since we are descendants of slaves or are part of “minorities” racially discriminated.

“A sense of connection” is a very representative title for this purpose since there is an inner common ground shared by every person of the international black community. Being religious or not, it is about the fight for human equality. An element of rapprochement that makes us feel that we are connected.

II The origin of the project.

A few years ago I was quickly taken by the work of some black artists that I could meet in Atlanta, during a visit to the American city. Over time I have been able to follow the evolution of some of them and so my curiosity as being increasing not just by the visual strength of every work I have the chance to appreciate but also for the spiritual sense that many of them contain.

It was a few years ago, when talking to my friend, the visual artist, psychologist and producer of the project, Wendy Phillips, that rose the idea of making a documentary with images and testimonies of some black artists; not just from Atlanta city but also from other parts of the world. The goal was to analyse the different motivations and building bridges around the black artistic approach, emphasising the identity and spirituality.

The project started to gain strength when I received an email from Wendy, saying that she had found some old pictures that belonged to her great grandma. She was using these pictures to be included in a new project.

It was that mail that made me think about the importance of art in the defence and broadcasting of our history. Therefore we decided to carry out these ideas and start to work on the film that we are presenting today.

III Notes about the film.

“A sense of connection” understands spirituality as a connection of struggle. It expects to contribute to the knowledge of the thinking and history of the black people, a kind of antidote to alienating education that we find in many places.

Since she was one of the foremost outstanding sponsor during the project, the movie is dedicated to Shelia Turner. Turner is a good example of the Afro American community in Atlanta. She was an artist, thinker, feminist and cultural activist that died during the postproduction of the work. Her speech, always direct and focused on the need of giving voice to the community and also on the importance of art as an imperative element in youth training, has a substantial presence in the movie.

Filmed in the United States, Spain, Cuba and France, the movie is far away from some stylistic experimentalism or the overestimation of the creative genius. The matter is, above all, the feelings and their relevance for the creative and aesthetic approach. There is a commitment to art, to honesty, right against the philosophy of “the new” just for its own shake. It happens to be more about the search of humankind, inhabited by spirit. It is more about the spirituality of art without any poses but with love for creative work, so we can acknowledge ourselves in experiences and thinking.

Many of the black leaders have been pastors of church. This relationship to spirituality and politics is depicted by the force of the legacy of Dr. Martin Luther King, who very well understood that politics is a key element in policy-making about culture and education in the community. When curator and director of  992 gallery of Atlanta Ragenia Waddada tells about the need to educate community, she is talking about the struggle to overcome, to connect with history in order to be able to connect with all the people that could not study in the past because it was not allowed and they found, through spirituality, a way to study and create their own training spaces such as Morehouse or Spelman, black universities that today possess worldwide prestige.

Part of this film dialogue are some visual cuban artists. This is the case of many artists that do not live on the island but are spiritually very linked to their community, to a cultural heritage that day by day enrich with their life experience, making pictures where past and present go together.

The cuban presence in the film aims to migration and spirituality as a link between past and present, some spirituality supported by the Africa about that barbadian George Lamming would say: “Africa is not leaving alone any black, no matter where he is”

Afro descendents have had a historical task of cultural and spiritual resistance during more than five hundred years. It has also been essential to not let die the heritage of our African ancestors though we have come through every kind of cruelty and injustices we have kept soul and faith. Having into account these powerful reasons, “A sense of connection” bets for a brother and sister hood dialogue that create from community at the same time that build the speech of the human claim from the spirituality and acknowledge of African heritage.

IV The voices of the film.

The narrative has the great contribution of the testimony of different artists and black intellectuals who provide their point of view to provide the work with conceptual depth, as is the case of the writer and doctor of philosophy Jean De Dieu Madangi of the Democratic Republic of the Congo, Father Ruandes Gaétan Kabasha, African-American curators Ragenia Waddada and Makeba Dixon-Hill or also Cuban curator Almeris Herrera. Participations that open to the viewer a complex creative and spiritual world.

Visual artists who provide their testimony in the film:

Artists not interviewed, but with works that appear in the film:

Writer and PhD in philosophy

Degree in philosophy and ecclesiastical sciences

Another section that stands out in this work is music, by the excellent Cuban pianist Nelsa Baró. We have managed to collect in an occasional recording the songs composed by the artist who, together with three songs from her album “Espejos”, are part of the soundtrack, on the other hand, the Spanish saxophonist Francisco Herrero has composed two variations on religious themes of 1878, from old scores that we have rescued for the film. Other themes that appear are the well-known «Guantanamera», this time it is a version composed by Marc Delabie and Emmanuel Denis and interpreted by visual artist and singer Aconcha. The theme «Pan-African», composed and performed by the Equatorial Guinean musician Barón Ya Búk Lu, well known within the black community in Spain. Another prominent theme, is «7261» composed by Spec Turner and performed by visual artist Shelia Turner. In summary, a musical proposal that adds up and will not leave the viewer indifferent. 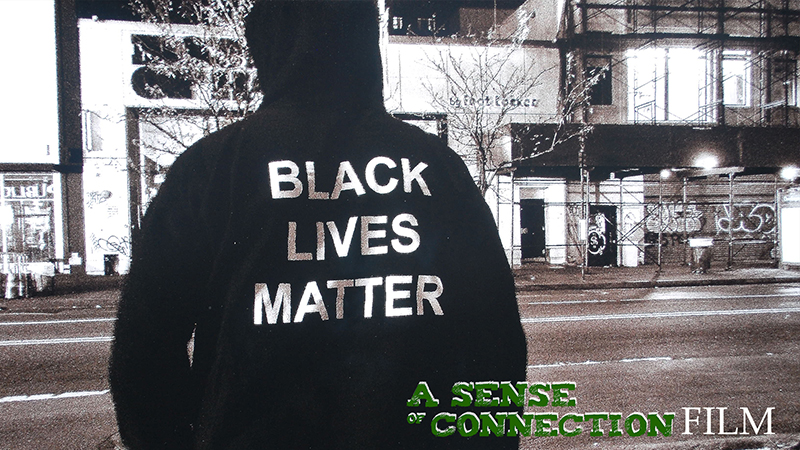 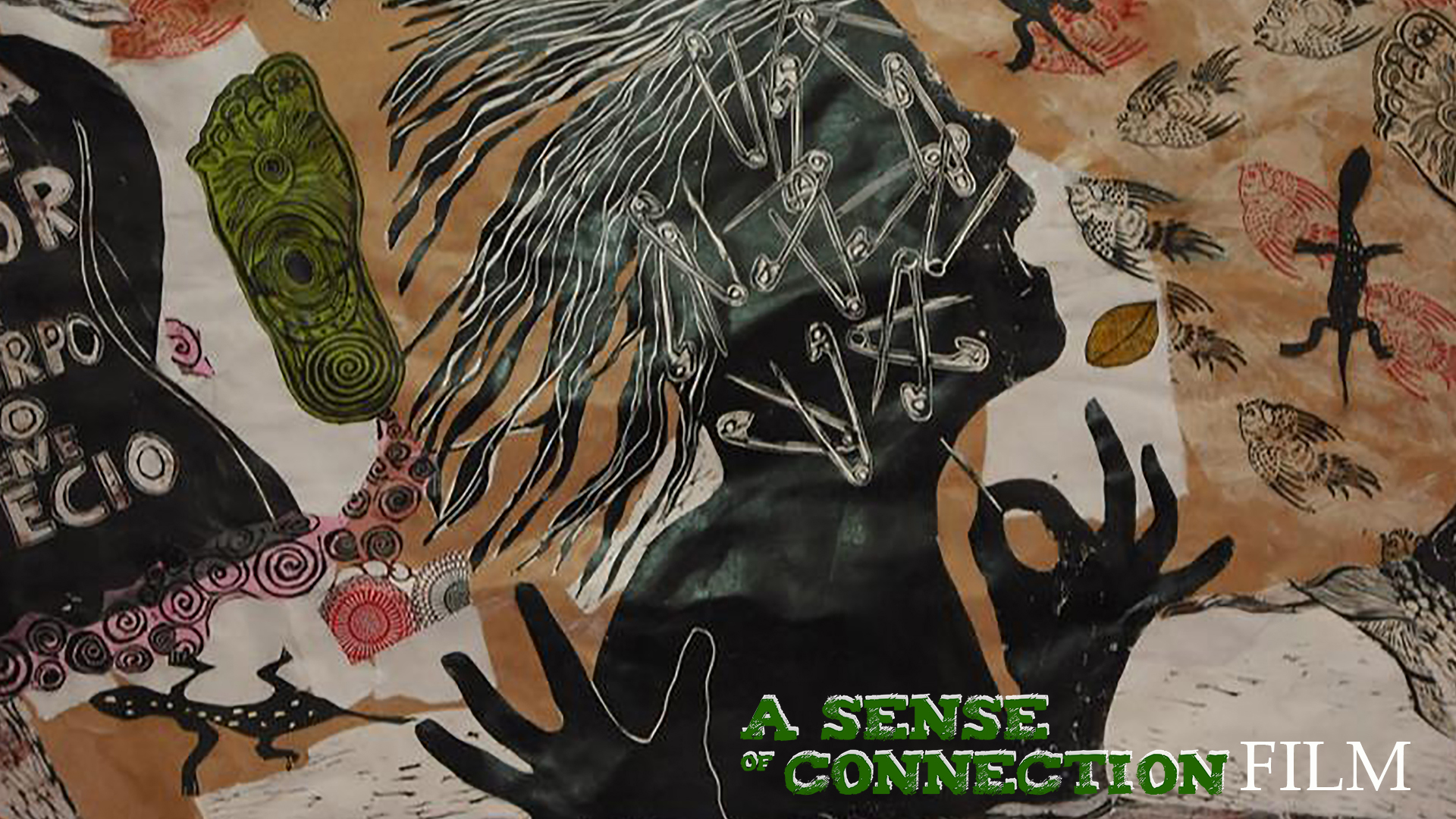 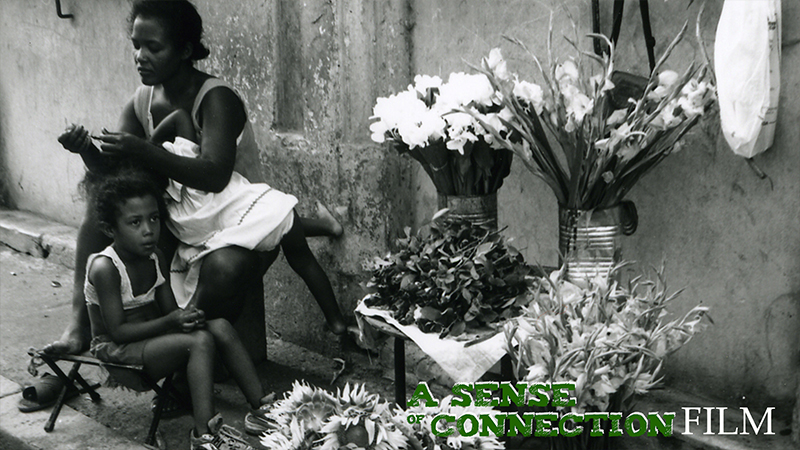 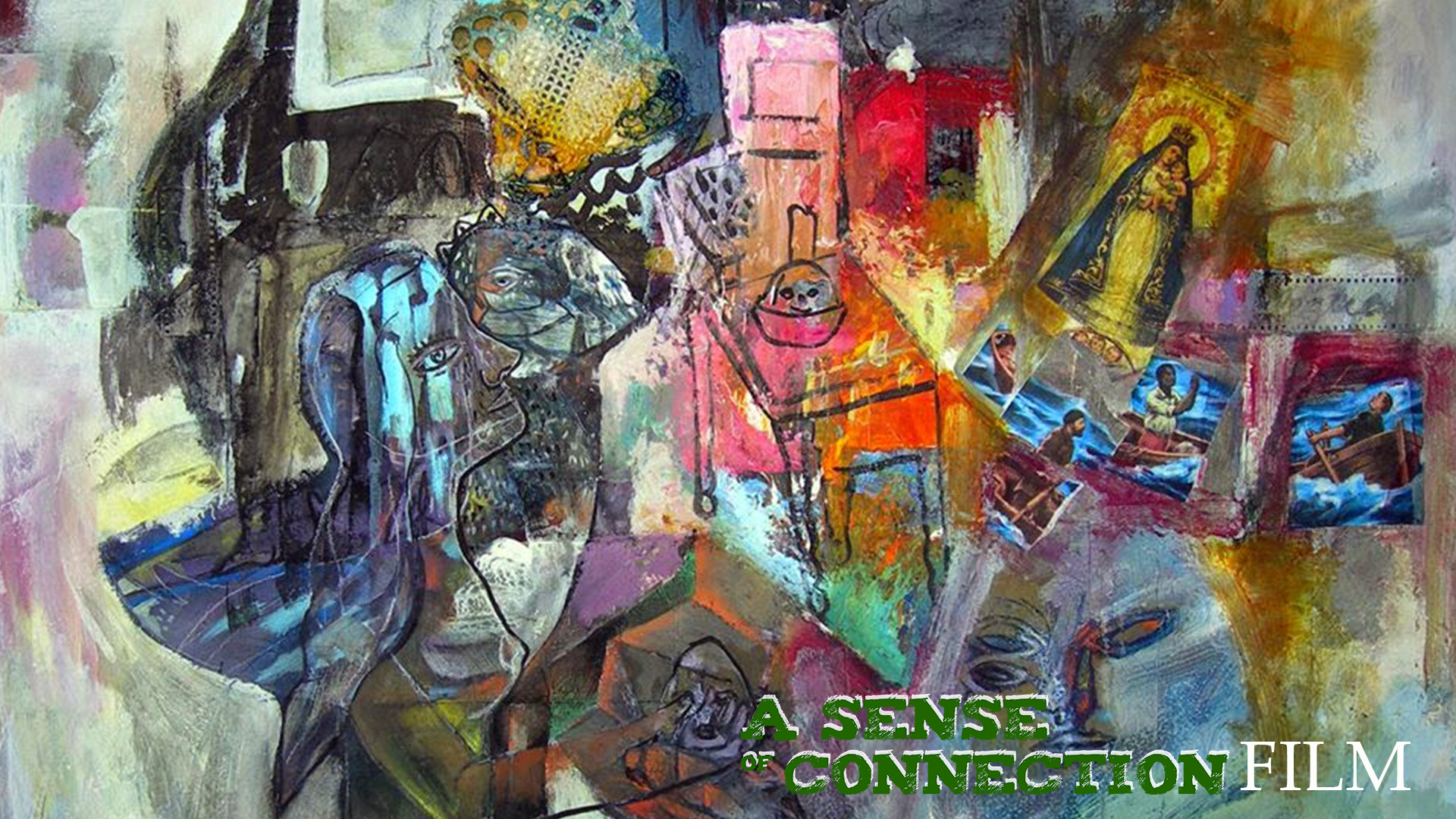 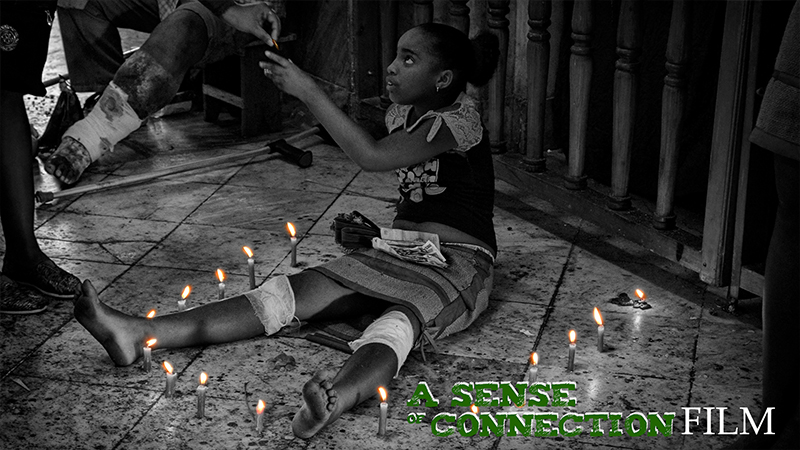 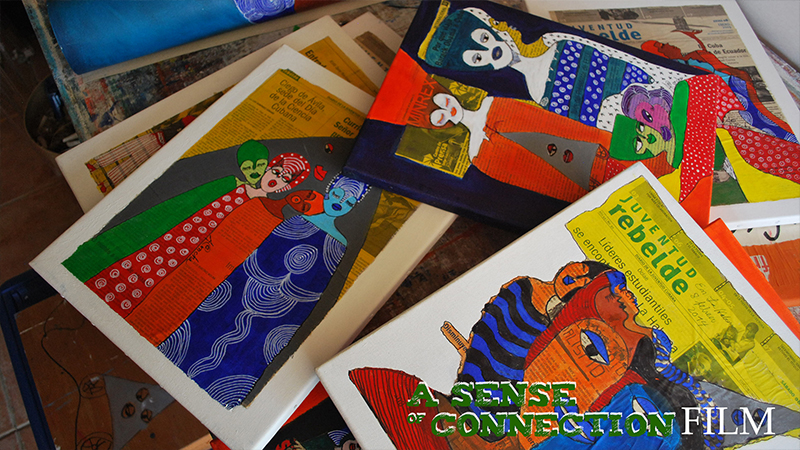 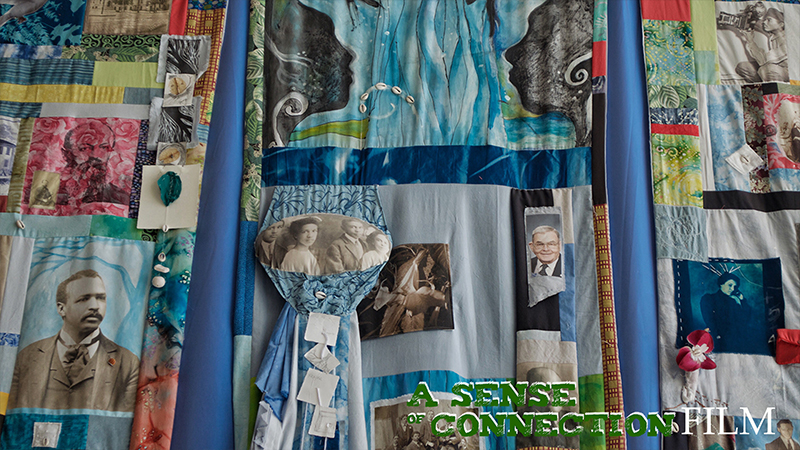 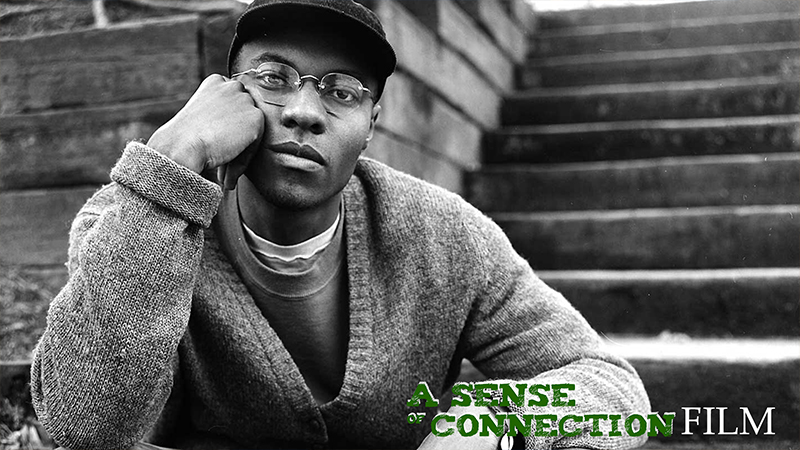 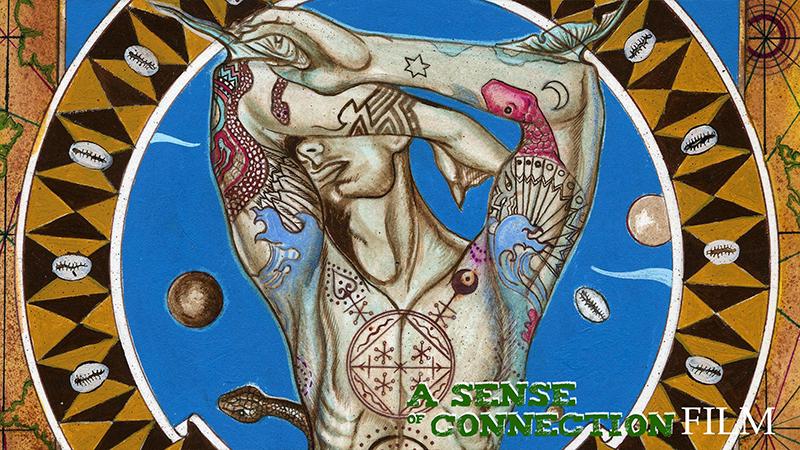 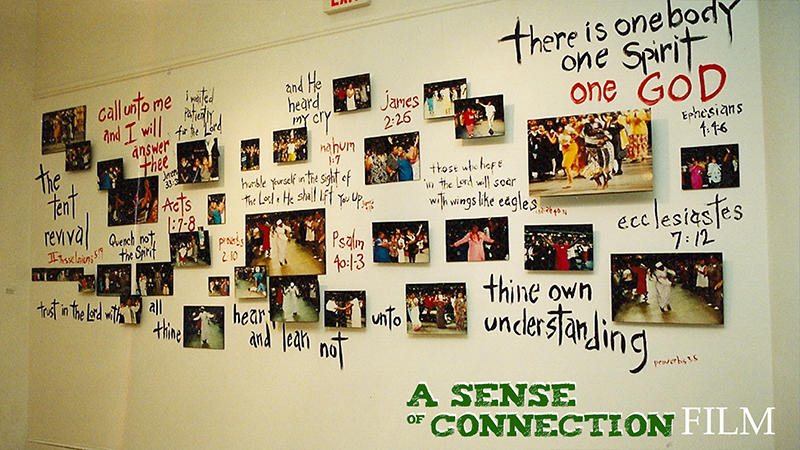